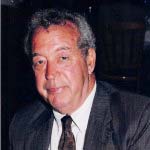 The MU College of Engineering seeks to recognize individuals and/or entities who distinguish themselves in service to the college. The extraordinary activities of these individuals/entities will be consistent with the mission of the college to educate engineers, create leaders and develop entrepreneurs in a research and interdisciplinary environment.

To receive consideration, nomination(s) must include: