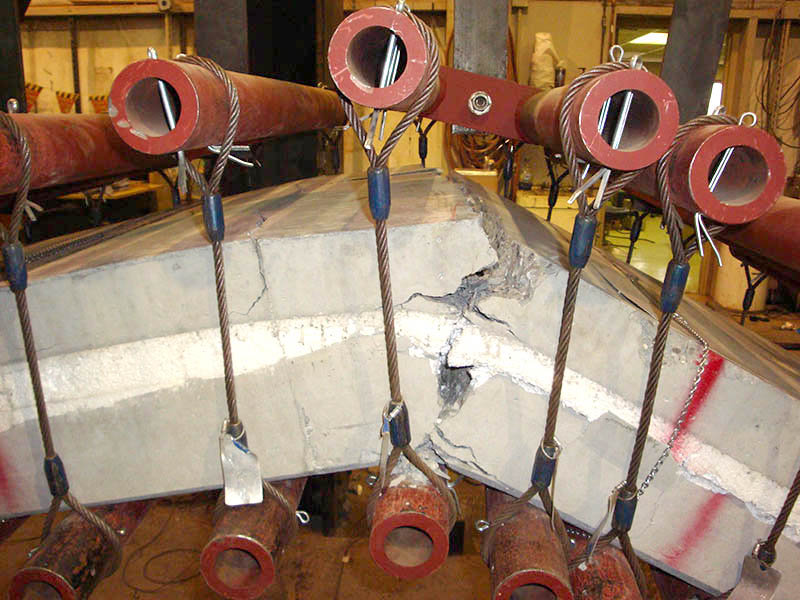 Sandwich walls comprised of concrete and foam layers are great when it comes to saving on energy costs. But how do they hold up in a blast? A team of Mizzou Engineers, working with government and industry, just wrapped up a series of test explosions to find out. In the first-of-its-kind study, Civil and Environmental Engineering Professor Hani Salim and his team conducted full-scale lab experiments to see how various types of sandwich walls withstand the pressure of an explosion.

Sandwich walls have been used in governmental and military structures for more than 20 years because of the energy efficiency they provide. The walls include a concrete layer, a layer of foam and another layer of concrete sandwiched together as one unit. The walls can be precast, which means they’re built in a factory and shipped to site, or constructed on site then raised up, known as Tilt-Up walls. 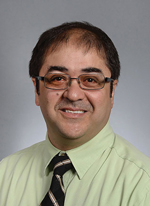 While they have been shown to provide energy efficiency, there has been little study around how they respond to potential explosions, Salim said.

“We can do a lot of modeling and computer simulations, but the government and blast community will not really trust it unless you demonstrate through full-scale experiments,” he said. “It’s expensive to do blast testing, so we worked with industry partners and the Air Force Research Lab to perform most of the testing in our labs and a few tests in the field using live explosives. The key is whether we can predict how the walls are going to respond and evaluate that behavior before we do the detonation. It was good work that came together that could lead to new building standards and guidelines for government construction.”

While it’s important that government buildings meet efficiency requirements, they also must have a level of protection against blasts, he said. Right now, design guidelines are very restrictive around construction of these walls to ensure both efficiency and blast resistance. But it’s possible the guidelines don’t have to be as restrictive in order to ensure blast resistance. The goal of the study was to see whether those guidelines can be relaxed based on how the concrete/foam walls responded during the static testing performed by Mizzou team and explosion testing in the field.

Specifically, Salim and his team looked at the various methods used to connect the three layers together, such as using composites, steel tresses or ties. They also looked at how layers transfer resistance. Additionally, they studied one-story sandwich panel walls, as well as multi-story walls.

“These walls are non-load bearing, but they are on the front line. They’re the first line of protection for such buildings that could be targeted in an explosion,” Salim said. “We want them to have a level of protection, so there are decisions about how much risk you can tolerate. For instance, you don’t want the walls to cave in and destroy property or cause injuries, but you want emergency personnel to be able to get in the building after an event.”

Alaaeldin Elsisi, an assistant research professor in civil and environmental engineering, and Aaron Saucier, director of facilities at Mizzou Engineering, assisted with modeling and testing.

The team outlined their findings this month in the Journal of Performance of Constructed Facilities.