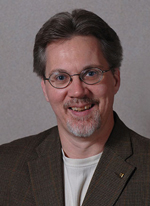 Curt Davis is the Naka Endowed Professor in the Department of Electrical Engineering and Computer Science at the University of Missouri. Davis also is the founding and current director of MU’s Center for Geospatial Intelligence, an interdisciplinary center that focuses on geospatial intelligence needs critical for national security, homeland defense and military combat support. His research has been funded by both civilian and defense government agencies including NASA, the National Science Foundation, the National Geospatial Intelligence Agency, the Defense Intelligence Agency and the U.S. Army, as well as industry leaders such as the Boeing Co., Raytheon Co., Booz-Allen-Hamilton, Northrop Grumman Corp. and others.