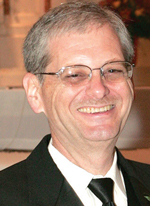 James M. Keller received a PhD in Mathematics in 1978. He is now the Curators’ Distinguished Professor Emeritus in the Department of Electrical Engineering and Computer Science at the University of Missouri. Jim is an honorary professor at the University of Nottingham. His research interests center on computational intelligence: fuzzy set theory and fuzzy logic, neural networks, and evolutionary computation with a focus on problems in computer vision, pattern recognition, and information fusion including bioinformatics, spatial reasoning in robotics, geospatial intelligence, sensor and information analysis in technology for eldercare, and landmine detection. His industrial and government funding sources include the Electronics and Space Corporation, Union Electric, Geo-Centers, National Science Foundation, the Administration on Aging, the National Institutes of Health, NASA/JSC, the Air Force Office of Scientific Research, the Army Research Office, the Office of Naval Research, the National Geospatial Intelligence Agency, the U.S. Army Engineer Research and Development Center, the Leonard Wood Institute, and the Army Night Vision and Electronic Sensors Directorate. He has coauthored over 500 technical publications.

Keller is a Life Fellow of the Institute of Electrical and Electronics Engineers (IEEE), a Fellow of the International Fuzzy Systems Association (IFSA) and a past President of the North American Fuzzy Information Processing Society (NAFIPS). He received the 2007 Fuzzy Systems Pioneer Award and the 2010 Meritorious Service Award from the IEEE Computational Intelligence Society (CIS). He won the 2021 IEEE Frank Rosenblatt Technical Field Award. He has been a distinguished lecturer for the IEEE CIS and the ACM. Keller finished a full six year term as editor-in-chief of the IEEE Transactions on Fuzzy Systems, followed by being the vice president for publications of the IEEE Computational Intelligence Society from 2005-2008, then as an elected CIS Adcom member and is in another term as vice president for publications (2017-2020). He is president-elect of CIS in 2021 with his term as president in 2022 – 2023. He was the IEEE TAB Transactions Chair as a member of the IEEE Periodicals Committee and was a member of the IEEE Publication Review and Advisory Committee from 2010 to 2017. Among many conference duties over the years, Jim was the general chair of the 1991 NAFIPS Workshop, the 2003 IEEE International Conference on Fuzzy Systems and co-general chair of the 2019 IEEE International Conference on Fuzzy Systems.