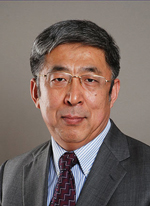 Mizzou Engineering’s Hongbin “Bill” Ma has been named a Curators’ Distinguished Professor, the highest honor bestowed by the University of Missouri System.

“I’m so honored,” Ma said. “This is certainly a highlight of my career at Mizzou, and I appreciate my colleagues and students who have supported me and my work from Day One.”

Ma is Chair and Glen A. Barton Professor in the Department of Mechanical and Aerospace Engineering. Over his career, he has made profound contributions in the field of heat transfer in both fundamental understanding and engineering applications, specially through research of oscillating heat pipes (OHPs).

Ma is president and founder of ThermAvant Technologies, which provides the OHP thermal control technology to the top defense companies in the U. S. More recently, his innovative heat transfer products, such as drink-now coffee mugs and thermoelectric heat pipe dehumidifiers, make life more comfortable and more enjoyable.

“Dr. Ma’s work is a great example of how foundational research leads to practical innovations that can translate into real-world consumer products,” said Noah Manring, Dean and Ketcham Professor. “He is recognized around the world for his contributions to the field and is very much deserving of this honor.”

Ma’s research has provided the foundation in ground-breaking applications of OHPs in aerospace engineering and helped to make the OHP become the fourth Generation of Spacecraft Thermal Control Technology in the U.S.

Ma was founding director of the ISoTherM (Innovative Solution of Thermal Management) consortium, which was supported by Intel to develop innovative cooling technologies for laptop and desktop computers. Ma’s fundamental contribution and ISoTherM consortium have contributed substantially to the advancement of heat pipe applications in computer cooling.

Many of his fundamental findings, which are summarized in his book, “Oscillating Heat Pipes,” have resulted in numerous breakthroughs and demonstrate his leadership in the field of thermal science.

Ma has a number of awards, including being elected a Fellow of the National Academy of Inventors in 2020, the highest professional distinction given to academic inventors. He is also an ASME Fellow and serves on dozens of international committees.

Visit Show Me Mizzou to see all of the Mizzou faculty members who were named Curators’ Distinguished Professors at the Sept. 7 Board of Curators meeting.