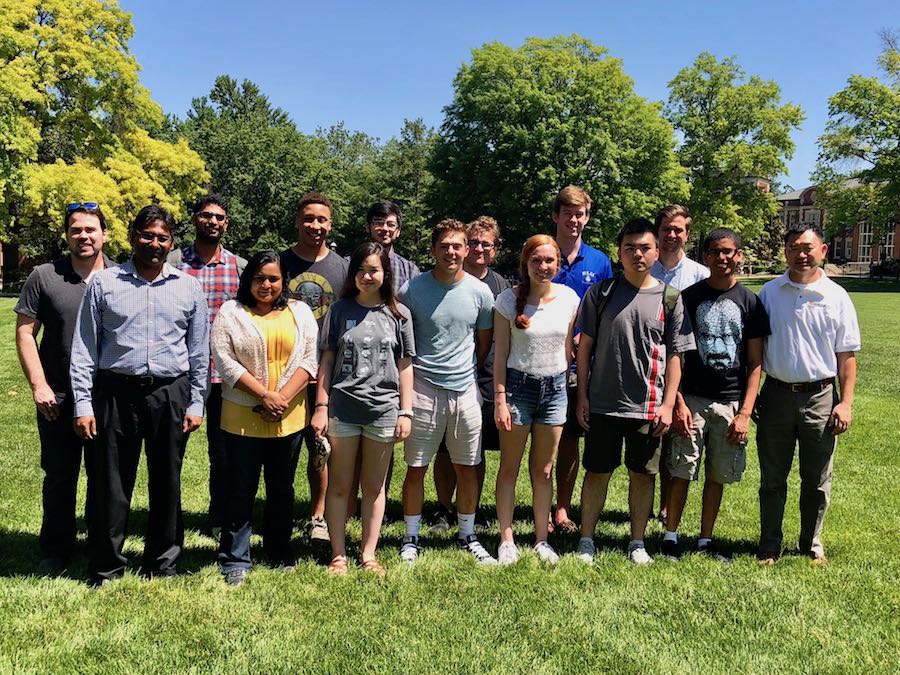 The goal of the REU was to focus more on machine learning-related work around consumer networking problems that have societal impact in healthcare, public safety and education. Photos courtesy of Prasad Calyam.

The Electrical Engineering and Computer Science Department had another busy summer, hosting research-focused college students from around the country at its National Science Foundation-funded Research Experience for Undergraduates: Undergraduate Research in Consumer Networking Technologies and several high school students as part of its Summers@Mizzou Hacker Trackers program.

Both programs are managed by EECS Assistant Professor Prasad Calyam and are taught by Calyam and faculty members from across the department. The REU was taught by Calyam, Yi Shang, Marge Skubic and Henry He and featured students from MU, Southeast Missouri State, Cornell, Saint Louis, Samford, Truman State, Syracuse and Oregon. 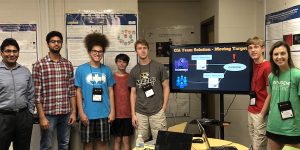 The four-day-long Hacker Trackers camp gives high school students a crash course in coding and cyber security before letting them put together a group project and presentation to give to fellow Summers@Mizzou camp participants.

The program ran for two months, and at the conclusion, students prepared posters, research papers and final presentations, the latter of which they presented at the MU Summer Undergraduate Research Forum. The projects they worked on were real-world projects currently undertaken by their faculty mentors, giving the participants hands-on experience with cutting-edge research. They worked alongside MU Engineering researchers, as well as partner groups such as the Psychology Department, MU Police, the College of Education and more. The goal was to focus more on machine learning-related work around consumer networking problems that have societal impact in healthcare, public safety and education.

The topics this year were:

“This new generation of students comes to me — before, they said what kind of programming language they knew or wanted to learn. Now they ask me what machine learning projects they can do,” Calyam explained. “Students have embraced new opportunities in computer science to look at data mining, artificial intelligence around consumers and consumer networking devices.”

The Hacker Trackers program was organized by Calyam for the fourth year, assisted by grad student Arjun Ankathatti Chandrashekara. The four-day-long camp gives high school students a crash course in coding and cyber security before letting them put together a group project and presentation to give to fellow Summers@Mizzou camp participants. Four students participated this year — Justin Koenig, Kyle Koenig, James Rollison and Tommy Winterton.

“Earlier in the summer, I took another free camp on cyber security at Fontbonne, and it got me pretty excited about cyber security and stuff like that, and I wanted to see if I truly wanted to follow it by taking something more in depth,” said Justin Koenig, a student at Webster Groves High School in the St. Louis area. “This one, we did in-depth coding.”

This year’s event focused on network forensics, teaching participants how to investigate online attacks and catch potential perpetrators and assess the extent of the damage. In this case, the hypothetical involved cyber criminals attacking a reputable online gaming company, structured similarly to the recent infamous Sony hacking incident.

“We want to keep a small group to actually work with them closely, and the goal is to excite these kids about computer science, the cloud, programming, and we use cyber security as a tool to inspire them to work on these technologies,” Calyam said.