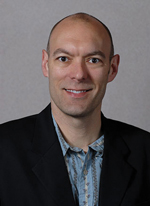 Craig Kluever is a professor in the Department of Mechanical and Aerospace Engineering at the University of Missouri. He received his BS in aerospace engineering from Iowa State University in 1986, and worked at Rockwell International from 1986 to 1989 in the Space Shuttle Guidance, Navigation and Control Group. He returned to Iowa State and completed his MS and PhD degrees in aerospace engineering in 1990 and 1993, respectively. He has published numerous articles, primarily in the journals of the American Institute of Aeronautics and Astronautics (AIAA). Kluever is the author of two textbooks: Dynamic Systems: Modeling, Simulation, and Control; and Space Flight Dynamics, both published by Wiley. He was a 2020 Kemper Fellow. Kluever is an Associate Fellow of the AIAA and a Fellow of the American Astronautical Society (AAS). He is currently a deputy editor of the AIAA Journal of Guidance, Control, and Dynamics.

Guidance and control of aerospace vehicles