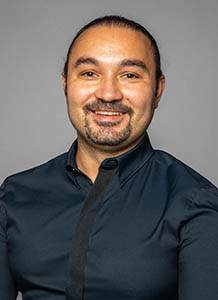 Mert Korkali is an assistant professor in the Department of Electrical Engineering and Computer Science at the University of Missouri (MU). Before joining MU, he worked as a Research Staff Member at Lawrence Livermore National Laboratory (LLNL), where he served as a principal investigator (PI) and co-PI on several projects on power grid operations and planning, solar-grid integration, and extreme event modeling, funded by the U.S. Department of Energy. Before that, he was a Postdoctoral Research Associate at the University of Vermont. His current research interests lie in the broad interface of power system state estimation, electromagnetic transient analysis, cascading failures, uncertainty quantification, and data-driven methods for power system operation, control, and planning. He received the Best Paper Award at the 2019 IEEE Power and Energy Society General Meeting (PESGM). He is the Chair of the IEEE PES Task Force (TF) on Standard Test Cases for Power System State Estimation and the Secretary of the IEEE PES TF on Power System Uncertainty Quantification and Uncertainty-Aware Decision-Making. He currently serves as an Editor of the IEEE Open Access Journal of Power and Energy and IEEE Power Engineering Letters and an Associate Editor of the Journal of Modern Power Systems and Clean Energy. Dr. Korkali is a Senior Member of IEEE.