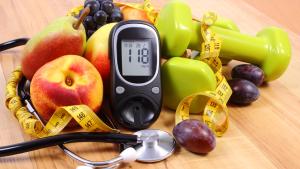 An interdisciplinary team of researchers from the University of Missouri, Children’s Mercy Kansas City and Texas Children’s Hospital has used a new data-driven approach to learn more about persons with Type 1 diabetes, who account for about 5-10% of all diabetes diagnoses. The team gathered its information through health informatics and applied artificial intelligence (AI) to better understand the disease. 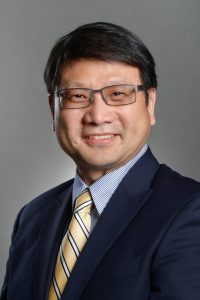 In the study, the team analyzed publicly available, real-world data from about 16,000 participants enrolled in the T1D Exchange Clinic Registry. By applying a contrast pattern mining algorithm developed at the MU College of Engineering, the team was able to identify major differences in health outcomes among people living with Type 1 diabetes who do or do not have an immediate family history of the disease.

Chi-Ren Shyu, the director of the MU Institute for Data Science and Informatics (MUIDSI), led the AI approach used in the study, and said the technique is exploratory in nature.

“Here we let the computer do the work of connecting millions of dots in the data to identify only major contrasting patterns between individuals with and without a family history of Type 1 diabetes, and to do the statistical testing to make sure we are confident in our results,” said Shyu, the Paul K. and Dianne Shumaker Professor in the MU College of Engineering.

Erin Tallon, a graduate student in the MUIDSI and the lead author on the study, said the team’s analysis resulted in some unfamiliar findings.

Tallon’s passion for this project began with a personal connection, and quickly grew as a result of her experience working as a nurse in an intensive critical care unit (ICU). She would often see patients with Type 1 diabetes who were also dealing with other co-existing conditions such as kidney disease and high blood pressure. Knowing that a person’s Type 1 diabetes diagnosis often occurs only when the disease is already very advanced, she wanted to find better ways for prevention and diagnosis, starting with finding a way to analyze the large amounts of publicly available data already collected about the disease.

In 2019, Mark Clements, who is a pediatric endocrinologist at Children’s Mercy Kansas City, professor of pediatrics at University of Missouri-Kansas City and corresponding author on the study, was invited to speak at the Midwest Bioinformatics Conference hosted by BioNexus KC. While Tallon wasn’t able to attend Clements’ presentation, she followed up with a phone call to share her proposal for helping people better understand Type 1 diabetes. He was intrigued. Eventually, Tallon introduced Clements to Shyu, and an ongoing research collaboration was born.

Tallon said the results of the collaboration speak to the power and value of using real-world data.

“Type 1 diabetes is not a single disease that looks the same for everybody — it looks different for different people — and we’re working on the cutting-edge to address that issue,” Tallon said. “By analyzing real-world data, we can better understand risk factors that may cause someone to be at higher risk for developing poor health outcomes.”

While the results are promising, Tallon said researchers were limited by not having a population-based data set to work with.

“It is important to note here that our findings do have a limitation that we hope to address in the future by using larger, population-based data sets,” Tallon said. “We’re looking to build larger patient cohorts, analyze more data and use these algorithms to help us do that.”

Clements hopes the approach can be adopted as a way to help develop personalized treatment options for people with diabetes.

“In order to get the right treatment to the right patient at the right time, we first need to understand how to identify the patients who are at a higher risk for the disease and its complications — by asking questions such as if there are characteristics early in someone’s life that can help identify an individual with high risk for an outcome years down the road,” Clements said. “Having all of this information could one day help us establish a more complete picture of a person’s risk, and we can use that information to develop a more personalized approach for both prevention and treatment.”

The study’s authors would like to thank the funding agency of the T1D Exchange Clinic Registry, the Helmsley Charitable Trust, the investigators located across the country who drove the data collection for the registry, as well as all of the registry’s participants and their families who were willing to share their medical information.

The researchers would also like to acknowledge the support provided by grants from the National Institutes of Health (5T32LM012410) and the National Science Foundation (CNS-1429294). The content is solely the responsibility of the authors and does not necessarily represent the official views of the funding agencies.

Potential conflicts of interest are also noted by two of the study’s authors — Clements and Shyu. Clements is the chief medical officer at Glooko, and receives support from Dexcom and Abbot Diabetes Care. Shyu is a consultant for Curant Health.

The original version of this story appeared on Show Me Mizzou.