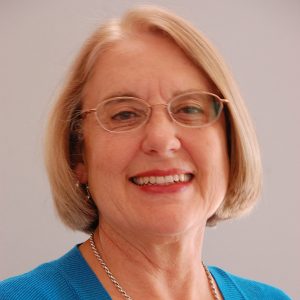 In 1979, Sharon Langenbeck became the first woman at Mizzou to graduate with a doctorate in mechanical and aerospace engineering. This would be the first of many “firsts” during her long career in a historically male-dominated profession; she was the first woman with an engineering Ph.D. employed by Lockheed-California Company. Later, after joining NASA’s Jet Propulsion Laboratory (JPL), she was selected as the first woman to manage one of the engineering sections, which included over 200 mechanical engineers. She also served as the mechanical engineering project manager for developing a replacement instrument to correct a defect in the Hubble Space Telescope’s mirror following its launch in 1990. For this work, she was awarded the NASA Exceptional Service Medal in 1993.

As a Mizzou Ph.D. student, Langenbeck won the Amelia Earhart Fellowship awarded by Zonta International, a leading global organization dedicated to empowering women through service and advocacy. She remained involved with the organization throughout her career, and, after holding various leadership positions, she was named President and CEO in 2020.

Langenbeck and her husband, Loren Lemmerman, are members of Mizzou’s Legacy Society, Jefferson Club and Shamrock Society. Langenbeck is also a Legacy graduate; her parents and sister are proud Tigers as well. She lives in Santa Clarita, California.

“As I started my career, my approach was to look for opportunities, build a team around me and never stop learning. I have always viewed education as the key to success.”