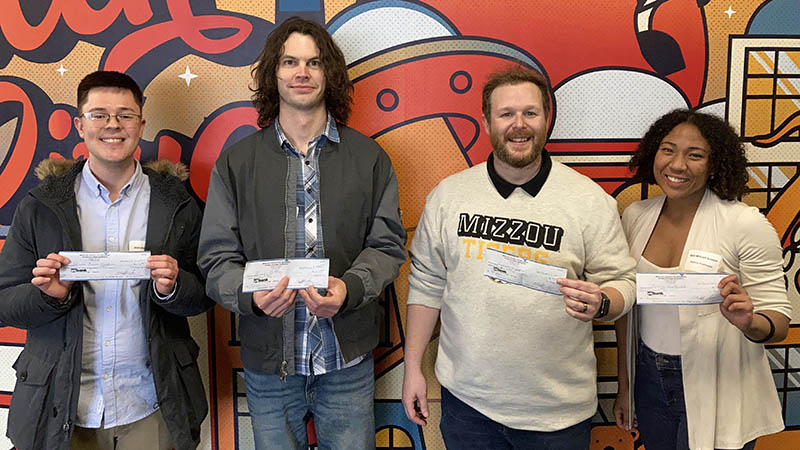 Mizzou Engineers took top honors from a poster competition held as part of the annual summit of the Missouri Center for Advanced Power Systems (MOCAP).

The summit brings together researchers from Missouri universities and representatives from battery companies in the state, including Eagle Picher, AEsir Technologies, Ener Sys and Spear Power Systems.

“The judges for this poster competition were industry representatives from five battery companies in Missouri, including CEOs and hiring managers for some of those companies,” Young said. “Students who presented posters were excited for the opportunity to interact one-on-one with these industry representatives and to make connections for internship and employment opportunities.”

Join a chemical engineering program that connects you to industry leaders. Learn more about the Department of Biomedical, Biological and Chemical Engineering at Mizzou!