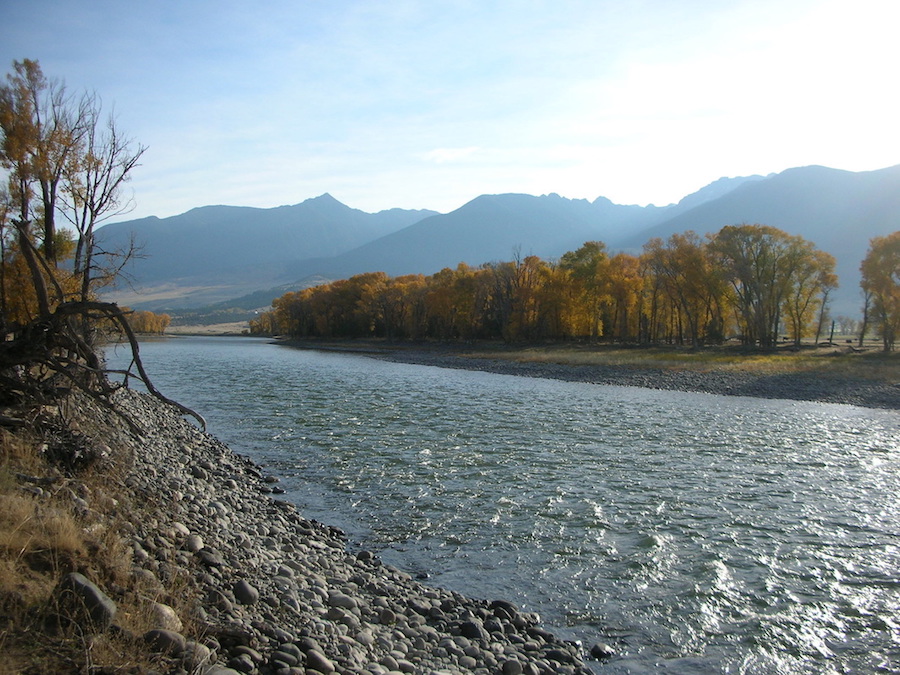 Damon Hall’s longitudinal study is based on the Yellowstone River in Montana, which is the longest undammed river in the United States and a tributary to the Missouri River. Photo courtesy of Damon Hall.

At first blush, Damon Hall’s office looks somewhat out of place. Tucked in the Natural Resources Building, his shelves are lined with the kind of reading material seemingly more suited for psychology or sociology.

Looks, however, can be deceiving.

Hall is an assistant professor jointly appointed to Mizzou Engineering’s Biomedical, Biological and Chemical Engineering Department and the School of Natural Resources in the College of Agriculture, Food and Natural Resources. And the research he conducts takes place at the intersection of engineering, natural resources, policy and social science — particularly when it comes to water and sustainability. 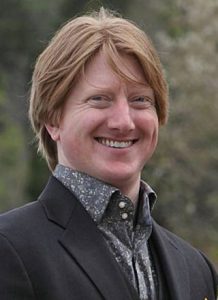 Hall’s research is attempting to discover how to shift attitudes toward the technology and policy that could help improve sustainability. Understanding how people view shifts and new technology can help engineers design technological advances to make them more likely to be widely adopted.

“It’s like Garrett Hardin’s essay, the tragedy of the commons. For many sustainability problems, we have the technology to address them. We just don’t have the political will or the cultural and social adaptability to change our habits and social norms to embrace those solutions,” Hall explained.

“That’s why [technological] design becomes so important. That’s the engineering aspect of it. Doing good design that is socially and culturally relevant — meaning it fits in our everyday lives and is meaningful to us — is of critical importance.”

He’s currently in the midst of two key projects. One is a longitudinal study that began back in 2006 on how best to tap local citizens’ expertise in crafting water resource policy and plans. This study is funded by the U.S. Army Corps of Engineers. The other is a National Science Foundation-funded study into using citizen readings of smaller feeder streams and why citizens in a community would choose to actively participate despite the fact that the benefits seem to be extending only in one direction.

The longitudinal study is based on the Yellowstone River in Montana, which is the longest undammed river in the United States and a tributary to the Missouri River. As such, it has natural flood and drought seasons coinciding with the snowmelt from the mountains. To slow erosion, people who live on the banks often attempt to reinforce the banks, which has an effect on the way the river flows, downstream erosion patterns and the ecology of the river itself, and the economies of this Blue Ribbon trout stream.

Hall and his colleagues have spent years interviewing residents of communities on the river, looking at the cultural aspects concerning how they manage the land near the river and how people manage a shared water resource in an arid state.

“You’re talking about water resources in a water-rights state where water is extremely valuable for the agriculture of the valley,” Hall said. “97 percent of all water withdrawals are for agriculture. It’s their livelihoods. Farmers call the river water their lifeblood.”

“Sustainability has to be defined by the communities of resource users that live in that space, particularly when you’re talking about resource-dependent communities sharing a common pool resource such as water,” he said.

The NSF-funded project engages citizens living near the Boyne River in northern Michigan. The U.S. Geological Survey uses high-cost instruments  to gather data on major rivers and tributaries nationwide. But because of the cost, many of the smaller feeder streams — which in total contribute greatly to our national water systems — don’t have these devices.

Hall and his colleagues have set up various stations on these feeder streams and rivers nationwide, with a particular focus on the Boyne. These gauges allow for cheap, quick readings of water height and temperature. Volunteers, or citizen scientists, text the data to the nearest station, and the data is uploaded into a high-performance computing array.

“What I’m trying to understand is why do people participate, what do they get out of it,” Hall said. “For scientists, much of citizen science is  very one way, ‘Hey, give us your data.’ This project aims to change this by asking: What do people hope  to use these models for? As diverse water users, how can these data and models serve their needs?”

Discovering the why of human behavior can help us understand how to transition society towards sustainability. That means connecting what is socially and culturally meaningful among resource users, scientists, and decision makers. Hall’s research will play a big role in how effective engineers, policy makers, scientists and more can be in making greater sustainability a reality.

To learn more about Hall’s work, visit his website: www.SustainabilityScienceLab.org