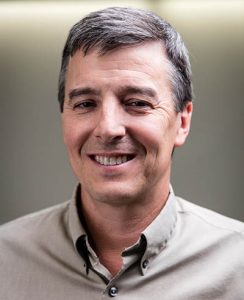 His address, “A Future for Materials Science at the Intersection with Biology and Medicine,” will start at 10:15 a.m. Friday, May 13, at Ketcham Auditorium in Lafferre Hall on the MU campus. Remarks will also be accessible via Zoom.

Later in the day, Rogers will receive an honorary doctorate at the College’s Spring 2022 Commencement Ceremony.

“We’re thrilled to bring Dr. Rogers to Mizzou to share his expertise on the intersection of materials science, mechanics, electronics, biology and healthcare — work that has influenced and deeply inspired countless scientists and engineers around the world,” said Noah Manring, Dean and Ketcham Professor at Mizzou Engineering.

Rogers is director of the Querrey-Simpson Institute for Bioelectronics at Northwestern University. He is among fewer than two dozen individuals in history to be elected to all three United States national academies.

Rogers is widely recognized as the father of the field of bio-integrated electronic technologies, which are soft, biocompatible devices that naturally interface with the human body to provide continuous, clinical-grade information on physiological status and/or deliver therapies that accelerate rates of recovery from injury and disease. Rogers has more than 80 patents and patent applications around technologies that address challenges in maternal, fetal, neonatal and pediatric health, as well as neurodegenerative disorders.

During his remarks, Rogers will describe key ideas and enabling materials, with an emphasis on functional devices such as soft, thin membranes that laminate onto organ surfaces, hair-like needle structures the penetrate tissues, bioresorbable devices that disappear into the body on timescales matched to natural processes and open, three-dimensional network architectures that interface with biology across large volumes.

Among those influenced by his work is Zheng Yan, an assistant professor of biomedical, biological and chemical engineering. Yan received his postdoc training in Rogers’ lab and is establishing similar bioelectronics research at Mizzou Engineering.

Rogers, whose parents are Mizzou alumni, was born in Rolla. He graduated from the University of Texas at Austin with undergraduate degrees in both chemistry and physics. He then moved on to become a graduate student at Massachusetts Institute of Technology (MIT). He was a Junior Fellow in the Society of Fellows at Harvard University, a member of technical staff and director at Bell Laboratories and the highest chaired faculty member at the University of Illinois and the Beckman Institute for Advanced Science and Technology.