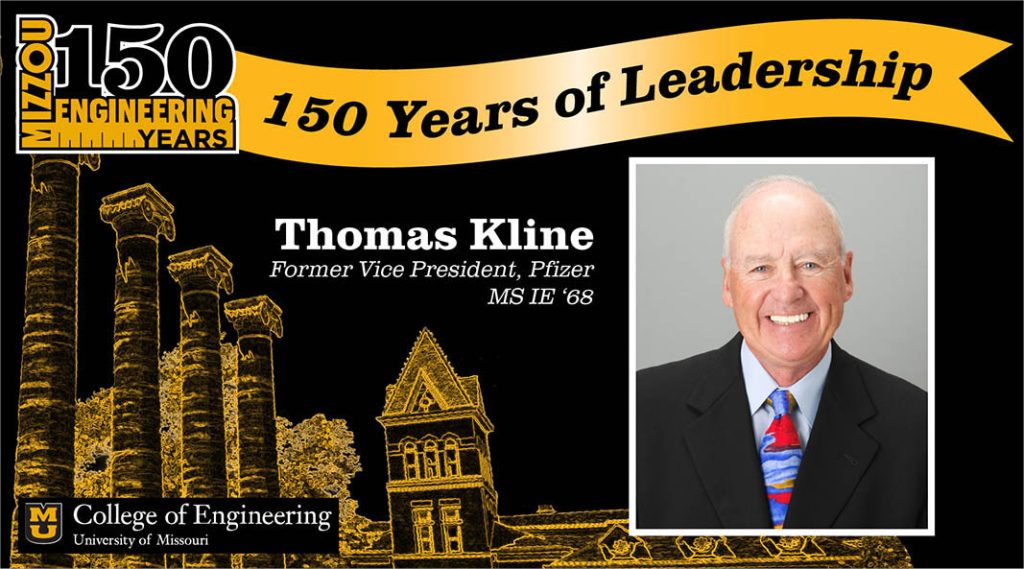 Tom Kline knows about leadership. During his 34-year career at Pfizer, Kline served as plant manager before rising to the rank of vice president. He was a platoon leader during the Vietnam War, earning several medals including the Bronze Star. He’s been a White House Fellow and a special assistant to the U.S. Secretary of Agriculture. He’s a published author. He’s raised awareness for diseases such as malaria and COVID-19. He’s principal of Kline Health Group. And he’s a nationally known racewalker. Kline has logged more than 80,000 miles walking across Europe, Asia, Canada, Mexico, the U.S. and even the Sahara Desert. His reflections were just published in his latest book “Walking 85,000 Miles to Aide Humanity and Have Fun.”

These days, he walks daily around his neighborhood in Hollywood, Florida, saying “hello” to every person he passes. Perhaps it’s not a grand gesture, but that simple act of acknowledging others is critical to effective leadership, he says.

“There’s so much to do in this life and as long as we — and certainly me — are blessed to be able to make contributions, you have to do it every day no matter how small they are,” he said.

Kline’s path to personal and professional success started with the values his parents taught him, continued as he gained self-confidence during his undergraduate years and solidified with the graduate education he received at Mizzou Engineering.

Kline grew up in New York. His father was a nurse who worked long hours to support the family of eight. His mom instilled in him a passion for reading and taught him the importance of service to others.

Kline earned a bachelor’s from the University of Tennessee at Chattanooga. At the recommendation of the chair of engineering there (Norbert Koch, a 1951 Mizzou graduate) Kline came to Missouri to pursue a master’s degree in industrial engineering.

Armed with a graduate fellowship, he applied engineering skills at the university hospital, where he helped develop a precursor to today’s electronic medical records. Coordinating with physicians, Kline helped optimize the planning, timeline and milestones to create the Automated Patient History Questionnaire.

Kline also credits Missouri for giving him the opportunity to interact with people from different backgrounds. He carried that experience with him throughout his career.

“I learned the value of cultural diversity at Mizzou,” he said. “We all have something to offer, and it’s up to leaders and people like me to figure out how to draw out diversity and diversity of thought.”

After earning his master’s degree in 1968, he served as a platoon leader in Vietnam during the war.

The technical competence that came from Mizzou Engineering and the practical skills he gained in the Army made Kline uniquely qualified when a recruiter from Pfizer called asking him to consider a position there.

“I had a master’s in engineering, I had been a practicing engineer in the war, and I had direct medical experience at the University of Missouri,” he said. “That started my career. It was then I learned how important my Mizzou experience was.”

The plant was located in a low-income neighborhood. His first day of work, a nearby gas station was robbed at gunpoint.

It was there he had the opportunity to put into practice the lessons he learned from childhood.

One day, some local teens threw a rock through Kline’s office window.  He called security, but rather than having the youth arrested, he invited them to take a tour of the plant, treated them to a meal in the cafeteria and gave them T-shirts. He also asked them to come back for computer lessons, and most of them returned weekly, according to a story about it in the Nov. 28, 1990, issue of the New York Times.

While in Brooklyn, Kline and Pfizer spearheaded redevelopment efforts, including partnerships to create jobs and affordable housing. Kline oversaw an initiative known as “Rings of Defense,” giving local residents, elected officials and business owners there a platform to work together.

“I grew up with the sense that we have a responsibility,” Kline said. “That spirit of giving back is something I’ve lived with my entire life, and my greatest memories are of having opportunities to do that.”

Pfizer has since relocated its Brooklyn pharmaceutical products to other locations. And Pfizer’s first headquarter building is now a public charter school, the first in the city of New York. Kline was invited to speak there in 2019 — his address followed remarks from Ruth Bader Ginsburg, the Supreme Court Justice who died shortly afterwards.

These days, Kline collaborates with others through the Kline Health Group to help improve living conditions in America’s inner-cities, honor others who served in Vietnam and rid the world of fatal diseases.

He also continues to advocate for health through walking. He wrote a book, “Stride to the Top” to encourage other executives to get their steps in. He recently penned an editorial about how walking can have health benefits that might prepare the body to fight COVID-19.

Knowing the importance of education, Kline gives back to Mizzou Engineering, too.

“Life ends, so why not make use of every minute?” he said when asked what keeps him motivated. “We all have a purpose in life. We all have different gifts and talents. In my world, making a difference is what I have to do. For people I affect, it will make a difference. I will know that I made some small dent in someone’s life, even if it’s someone on the street and I say, ‘Hello. How are you?’”