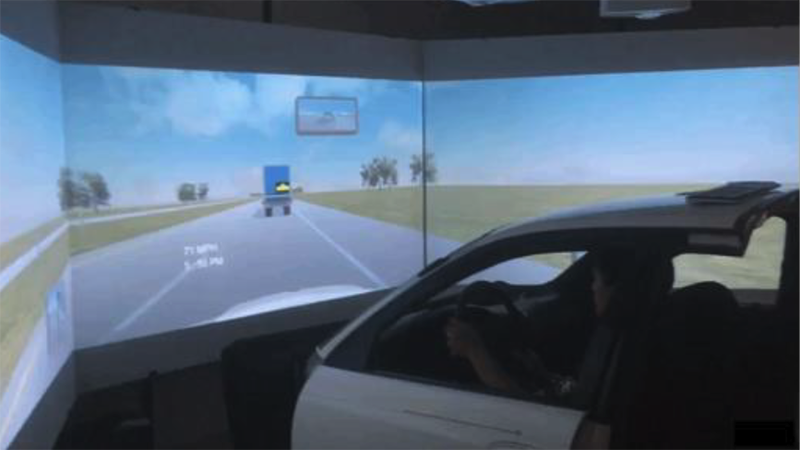 Truck platooning — which uses automated technologies to group trucks together on the road — has the potential to transform the freight system through cost savings, energy efficiency and increased capacity. Before it can be fully integrated onto our highways, though, motorists will have to know how to share the road with these convoys, especially through tricky work zones. 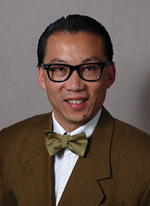 A truck platoon is a fleet of multiple trucks connected through a computer system. The leading truck is manned while the following trucks have autonomous systems that mimic the first truck’s behavior. The trucks move closely together, which reduces drag and increases efficiency.

Carlos Sun, professor of civil and environmental engineering, recently led a study investigating how motorists behave when faced with a truck platoon in work zones. Using his simulation lab, ZouSim, Sun was able to capture human responses in a safe, virtual setting.

“Because we have a trucking simulator, we can actually get into more of the behavior of drivers and how they react,” he said. “We’re interested in how the rest of the world reacts to truck platooning so we can all co-exist safely around work zones.”

Because work zones vary — some include lane closures, others have temporary markers — desirable motorist behavior depends on the situation. Ideally, Sun said, drivers would prioritize safety while allowing for the efficiency of platooning. Too many vehicles opting to follow the platoon, for instance, could cause bottlenecks.

The main finding of the report is that education is key. After learning about truck platoons, drivers were more likely to safely pass the platoon, properly treating the fleet as a single unit.

“Education has a significant impact on driver behavior,” Sun said. “Some people haven’t heard of platooning, while others may have the wrong conception of what it is. Proper education resulted in significant changes.”

While the study did not reveal significant data to confirm it, Sun also hypothesizes that education decreases the chance of a driver trying to cut into the middle of a platoon, which forces the fleet to break apart.

Sun also found changes in driver behavior based on the number of trucks. While motorist speed increased when passing a two-truck platoon, most remained within the posted limit. When the platoon increased to four trucks, however, drivers tended to speed when passing. While the finding was undesirable behavior, Sun said it’s important for the research to flag potential issues that can be addressed in advance.

“Our study is preliminary because no one else has studied these issues,” Sun said. “Truck platooning is a new technology, so there are many unknowns when it comes to potential impacts on surrounding traffic. While some findings may reveal more problems to study, at least we’re getting data and starting to understand driver attitudes.”

The report was sponsored by the Smart Work Zone Deployment Initiative under the Federal Highway Administration and financed in part by the Iowa Department of Transportation. Co-PIs included Professor Praveen Edara, chair of civil and environmental engineering and Yaw Adu-Gyamfi, assistant professor of civil and environmental engineering. Joseph Reneker, a civil engineering undergraduate, and Siyang Zhang, a post-doctorate in Sun’s lab, co-authored the report. It was published by the National Academies of Sciences, Engineering, Medicine.

Want an innovative civil engineering education that has real-world applications? Learn more about civil and environmental engineering at Mizzou!