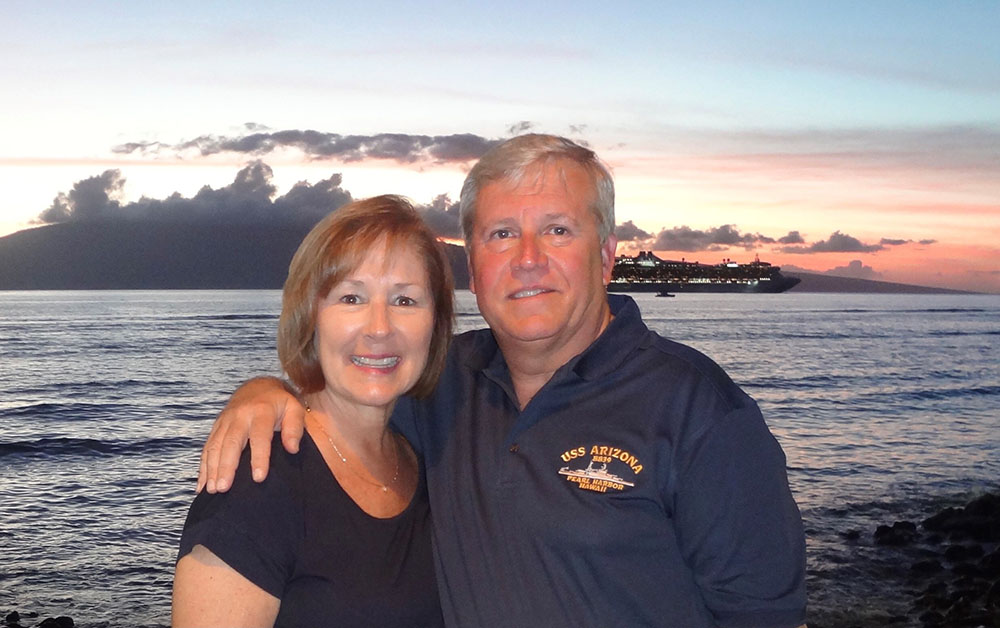 Bob and Pam Bloss are problem solvers. He’s used the problem-solving skills he learned at Mizzou Engineering to ascend through the ranks of industrial engineering, management and human resource leadership. She successfully navigated a rewarding career in nursing while raising three children. Now, the Blosses are ensuring that the College of Engineering and the Sinclair School of Nursing can solve current and future challenges, too, through Giving Day 2021 contributions. The couple donated to an existing endowment fund they established several years ago and helped start a new faculty endowment fund in Mizzou Engineering. They also contributed to the Nursing Alumni History Preservation Fund.

“We wanted to help the schools that really provided us the life we’ve been able to lead,” Bob said. “I’ve been blessed with a career that has given a lot back to me. I’m never going to teach an engineering class or work in what I call ‘hardcore’ engineering again, but what I can do is give back and help others through the use of the blessings that we have.”

The new IMSE Hall of Fame Faculty Endowment will be used to support teaching, professional development, research, equipment and materials.

The Nursing Alumni History Preservation Fund will allow the Sinclair School of Nursing to create and curate an interactive historical display in the new nursing building, expected to open spring 2022. A group of nursing alumni started the fund to inspire future generations by showcasing the incredible achievements of alumni and faculty.

Bob Bloss graduated in 1977 with a BS in Industrial Engineering. He started his career at Colgate-Palmolive, working for several years in industrial engineering, manufacturing management and human resources before transferring to the company’s corporate headquarters in New York City.

He returned to Missouri in 1986 to begin a long and successful career at Hallmark, where he retired as senior vice president and chief human resources officer in 2019.

Engineering, he said, provided a foundation he was able to build upon throughout his career.

“The problem solving and technical capabilities I learned in engineering gave me some good skills that translated into leadership positions,” he said. “I gravitated toward the human resources discipline because industrial engineering tends to be a little more involved in human factors, plant layout and design and work measurements. Those translated to human resources in areas such as organizational design, job development and pay practices. So it was an easy transition for me.”

Early on, he said, engineering gave him opportunities to move into leadership roles and opened a lot of doors for him.

Bob began giving back to the college through time and talent more than 20 years ago when he joined the Dean’s Engineering Advisory Council. He was inducted into the IMSE Hall of Fame in 2011.

Through his service to Mizzou Engineering, Bloss learned more about the college’s needs, such as providing competitive salaries. Having spent much of his career in HR leadership, he understood the importance of recruiting and retaining high-quality faculty.

Pam (Morris) Bloss graduated from the School of Nursing in 1978. During the course of her career, she’s worked on cardiac and progressive care units for hospitals and spent 28 years working in a doctor’s office. The best aspect of the profession, she said, was the flexibility.

“Nursing provided me the opportunity to continue to work and yet be a mother and a wife,” she said. “I think that’s one of the best things about nursing. I could do all of that and could pick and choose what worked for me.”

Bob and Pam have three children. Justin Bloss earned a BS in Mechanical Engineering in 2004, and Brian Bloss earned BS degrees in real estate and finance and banking in 2007. Their daughter, Abby, attended school out of state. They now have three grandchildren.

Pam believes the COVID-19 pandemic has highlighted the importance of the nursing profession and will result in more entering the field.

“It has inspired a lot of young people to go into nursing because they see the importance and what they can contribute to society and their communities,” she said.

That’s why she was compelled to direct the family’s gift to help preserve the nursing school’s history. The Nursing Alumni History Preservation Fund will honor and celebrate alumni, faculty and student milestones and accomplishments through their own words while inspiring future generations.

“I think it’s really important students see the history,” Pam said. “It will be very inspirational to see the history of nursing and where it’s going in the future.”

Rely on Co-Workers, Look for Opportunities & Give Back

Through their varied and successful careers, the Blosses have garnered some wisdom they can now pass on to current students and younger alumni. It’s a three-part recipe for success.

First, rely on your co-workers for support, Pam said.

“That’s where you get a lot of support because they’re in it with you,” she said. “That’s especially important for those on the front lines. Lean on one another and help each other out where you can.”

Second, keep an eye out for opportunities within a company to grow and explore new areas, Bob said. Try to use what you learn in current roles to translate those skills to new areas.

And third, if you are able, give back to the school that helped you get there, he added.

“Look to what engineering, nursing or what Mizzou overall has provided you and how that’s helped you get where you are today,” he said. “If you are able, even at a small level, I’d really encourage people to do that. Give regularly, even if it’s a small amount every year.”