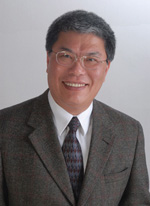 Robert Tzou is a professor in the Department of Mechanical and Aerospace Engineering at the University of Missouri. He previously served as chairman of the department for 15 years. During his tenure, the department’s enrollment more than tripled, and research spending went from $400,000 to $3.8 million.

An American Society of Mechanical Engineers fellow, Tzou has given a number of keynote lectures at several national and international professional society conferences. He is the founding chair for the ASME International Conference on Micro/Nanoscale Heat Transfer and has received a NASA Recognition Award.

Tzou worked at the University of New Mexico and Lehigh University before joining the MU faculty.