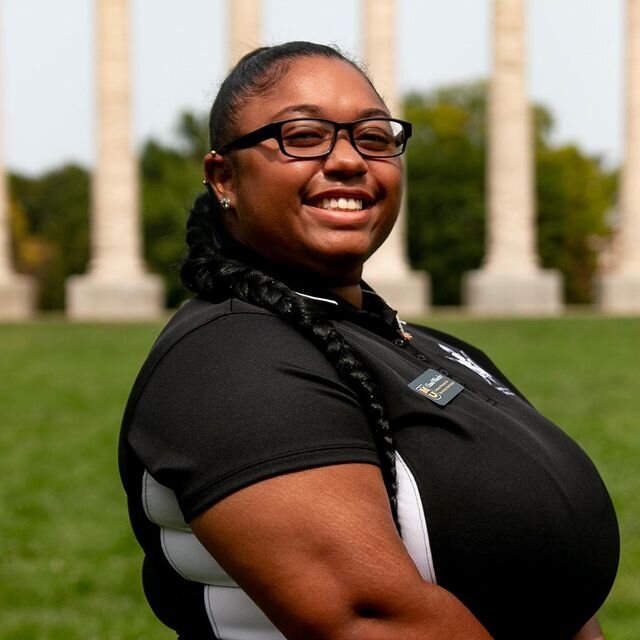 The Mizzou chapter of the National Society of Black Engineers (NSBE) once again proved its members are leaders within the engineering student community. Three members won various accolades during the virtual NSBE47: The Holistic Engineer national convention earlier this month. In addition, Datara Lee, a senior in chemical engineering, was elected NSBE national finance chair. Chanel Wheeler, a sophomore in mechanical engineering with minors in math and creative writing, was elected chair of the Missouri Zone for Region V.

Wheeler’s favorite activity during the virtual convention was the college fair. She and other Mizzou NSBE members talked with NSBE Jr. members to discuss college life and Mizzou Engineering.

“We advocated for engineering and for Mizzou. I feel like that was a good thing, because when I was in NSBE Junior, I attended the college fair, and that’s one of the reasons I came to Mizzou,” she said.

Wheeler, the Mizzou NSBE conference planning chair, organized the group’ activities during the convention. One of her responsibilities was to get members to participate from remote locations.

“In-person attendance at our watch events was not a requirement due to COVID. However, our chapter sponsored 15 or so people for the convention, so the requirement I made for them was they had to attend 8-10 virtual workshops during the whole week,” she said.

“They recognize different chapters, announce their new national executive board and more,” Wheeler said. “I made an event for that so we could all watch it and eat dinner together. It was a fun time, especially since some of our members were recognized.”

Learn more about the activities and events of Mizzou NSBE.