Imagine getting through your evening commute safely and seamlessly without ever having to wait at a red light or stop sign. That’s what one research team at Mizzou Engineering is studying in anticipation of roadways filled with self-driving cars. 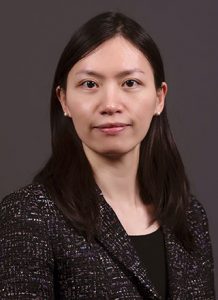 DASH relies on intersection managers to detect cars as they approach a crossroads, then signal vehicles to either speed up, slow down or interweave in order for all cars to get through without interruption.

“The vehicles would provide basic information about speed, direction and which way they would like to go: left, right or straight,” Lin said. “The intersection manager — a small, local server — would calculate the plan for all cars entering during a certain time period.”

The impact on our daily routines would be significant. People spend an average of 58.6 hours a year waiting at red lights, according to one report. Another study found that in America, that adds up to $87 billion in wasted productivity, not to mention the cost of fuel consumption.

This includes the comfort preferences of passengers. That’s significant, especially as humans get used to the idea of turning the wheel over to a computer.

Passengers with small children inside, for instance, might prefer a vehicle to accelerate or decelerate at a lower rate. Emergency vehicles, on the other hand, might want to maximize acceleration and speed.

“We want to make it as practical as possible,” Lin said. “A machine can do maximum deceleration to stop a car, but it’s uncomfortable to humans. We calculated the optimal travel plan to consider deceleration and acceleration gradually so humans won’t feel much change.”

And it considers the type and length of vehicles — large trucks, for instance, would not want to speed up while making a right turn. 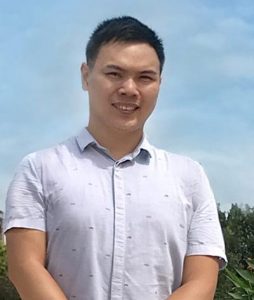 A large-scale simulation platform has been built to evaluate the proposed ideas in different real-world scenarios such as complex diverging diamond interchanges and high density vehicle flows. Further, to test the system in the physical world, Kang equipped 10 toy cars with Raspberry PIs to give them the ability to drive through intersections on their own, mimicking self-driving cars. In both simulated and physical experiments, DASH has achieved zero-stop capabilities.

Now, Kang is working on ensuring security. If an autonomous vehicle were to be compromised nearing an intersection, other neighboring cars could be alerted and react accordingly. This includes maintaining a safe distance between vehicles approaching the intersection so that cars may stop in time.

“Without the security, this kind of system will not be deployed because a single malicious car could crash an entire intersection,” Lin said. “We want other cars to capture that information and evacuate as quickly as possible or just stop and let the vehicle go by.”

Research for the Future

If you’re already white-knuckled just thinking about self-driving cars transporting you through a traffic light-less intersection, relax. Systems such as DASH aren’t possible until all vehicles on the roadway are autonomous — likely decades from now, Lin said.

But that doesn’t mean it won’t happen. Research is usually ahead of development by at least a decade, she said.

When she was a PhD student, Lin proposed a way for motorists to search for nearby gas stations using an application.

“It seemed very futuristic 15 years ago,” she said. “Now, we do look for the nearest gas stations with our mobile devices.”