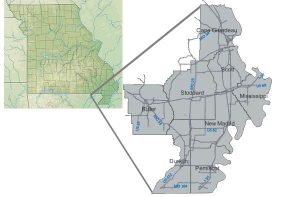 Were a major earthquake to rock the New Madrid fault line in southeast Missouri, it’s likely people would be displaced from their homes. But where would they go and how would they get there? That’s a question a Mizzou Engineer is helping state officials better understand.

Praveen Edara, chair and professor of civil and environmental engineering, is working with the Missouri Department of Transportation (MoDOT) to simulate evacuation scenarios in and around the New Madrid area in the event of a significant earthquake.

“What we’re looking at in this project is evacuation, whether roads can handle evacuee traffic and where potential bottlenecks and delays are likely to occur so that MoDOT can better plan and manage the evacuation,” Edara said. “We use large-scale traffic simulation models to route traffic to their potential destinations. This approach is more granular, than traditional macroscopic approaches, and studies network evacuation using microscopic and mesoscopic traffic assignment algorithms.”

The New Madrid Seismic Zone extends approximately 120 miles with the epicenter believed to be located near New Madrid, Missouri. It’s perhaps best known for the 1811 earthquake that registered a magnitude of 8.1 on the Richter scale and set off a series of quakes that rang church bells in Boston and temporarily caused the Mississippi River to flow backward. 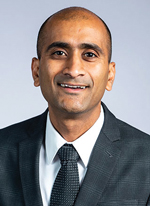 For this project, Edara and fellow researchers are focused on New Madrid and seven surrounding counties — the area that would be most impacted in the event of an earthquake. The counties have a combined population of about 300,000 people, many of whom would likely leave the area if an earthquake were to occur.

“We’re looking at potential destinations, which could be a public shelter or a mass care facility outside of these counties, or people could leave to stay with friends or family or at a hotel,” Edara said. “It’s likely that evacuation would be west of the New Madrid area as communities in other directions may also be at risk.”

That means most people leaving the area would travel the same roads.

Edara is simulating several scenarios, such as the possibility of bridges collapsing, as well as solutions currently used for other types of evacuations.

“Some states prone to hurricanes have plans that revert traffic flow. For example, when we studied hurricane evacuation in Virginia, contraflow lanes were a key part of their traffic control plan.” he said. “So inbound lanes of an interstate or highway would be reversed to outbound lanes to aid evacuation traffic and increase the capacity of the roadway. Another strategy is to shut down some entrance ramps to facilitate smooth traffic flow on the main highway with few interruptions. The goal is getting people to safety while also providing sufficient access to those staying in the area or who are bringing supplies to the area.”

The U.S. Geological Survey projects a 7% to 10% chance an earthquake with a magnitude of 7.5 to 8.0 will occur along the New Madrid Fault within the next 50 years. However, experts also admit no one knows what causes New Madrid earthquakes, making it difficult to predict with certainty.

That’s why it’s important to be prepared at any time, Edara said.

“The chance of an event may be lower than 10%, but if it happens, the impact can be devastating with no advanced notice,” he said. “If it happens, we need to be prepared to facilitate the evacuation of people to safer locations.”

Edara began work on the simulation models in August with plans of presenting findings to MoDOT this coming summer. He is partnering with MS&T researchers, Steve Corns and Suzie Long, who are leading a separate task of developing Deep Learning algorithms to facilitate earthquake preparedness.

Then, Edara plans to expand on the work to include other areas potentially impacted by a New Madrid earthquake.

“This is the first research study funded by MoDOT that exclusively examines the traffic evacuation of New Madrid region, and we’re trying to make sure the assumptions we make in building our simulation models are as accurate and realistic as we can get,” he said. “We wanted to start small first, then we’ll scale it up to include everything between New Madrid and St. Louis and westward to Columbia.”