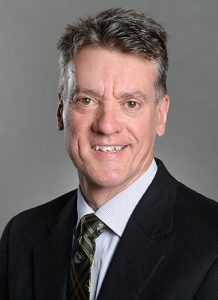 “We decided to write a grant proposal to the highly competitive National NSF I-Corps program after having a very positive experience with a more regional ‘mini-I-Corps’ program in 2022, which was headquartered at Missouri S&T,” Buttlar said. “We were one of only 250 awardees from the 50 US states in 2022, so it was a real honor to have been selected.”

They worked with the MU Technology Advancement office to complete I-Corps, an immersive entrepreneurial training program that ensures innovations make an impact and comes with a $50,000 award.

“The idea behind the program is that most companies fail because they can’t get customers, and that’s usually because they’re not solving a problem for their customers,” said Adam Blumhagen, the technology transfer manager who worked with the group. “By taking technology through this program, we can validate that the technology will actually solve a problem that people have in the real world.”

While road distresses such as cracks and potholes are real problems, Buttlar’s team gained more insight into what potential customers would want from their services. Buttlar, who is Glen Barton Chair of Flexible Pavement Technology, Adu-Gyamfi and Majidifard developed a way to automatically classify road distresses using machine learning, meaning they trained a machine to classify different types of cracks by imputing images and corresponding labels.

The team conducted more than 100 interviews with transportation officials and city and county directors to learn how they currently monitor roads and how Tiger Eye Engineering could benefit them. 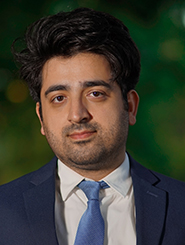 We were intrigued to learn about the key challenges reported by cities in maintaining their road infrastructure, and quite amazed at how cities of similar size identified vastly different key challenges,” Buttlar said. “This helped us hone in on some key value propositions to offer, such as low-cost, rapid evaluations presented in a highly graphical, easy-to-use visualization platform.”

Majdifard said I-Corps made him realize that governments don’t need to understand how it works, rather they’re interested in the end result.

“Before, I was really biased about our product and thought it was ready,” he said. “After talking to people, we found that the customer cares about the dashboard and visualization at the end. That will help us improve as we focus more on delivering simple results.”

The next step is to build on the team’s momentum, said Buttlar, who is also director of the Missouri Center for Transportation Innovation.

“Now we plan to pursue larger grants, for instance, through the Small Business Innovation Research program so that we can develop several new tools that were identified as mission-critical during our 100-plus interviews this past summer.”

Be part of transportation innovation. Learn more about civil engineering at Mizzou!