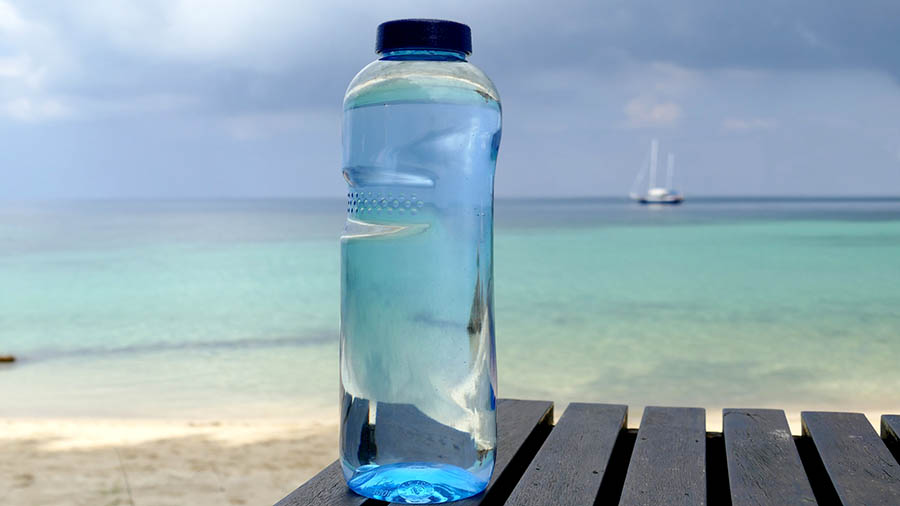 There are quintillions of gallons of water in the world’s oceans, but, as the Ancient Mariner lamented in 1798, not a drop to drink. And current processes to extract salt from seawater are expensive and energy intensive.

Now, a Mizzou Engineer is taking another look at a desalination system that uses electricity to pull ions out of water.

Matthias Young, an assistant professor of biomedical, biological and chemical engineering, has received a grant from the National Science Foundation for the work with hopes of finding a new way to turn salty ocean water into fresh drinking water.

“The grand vision is that in 20 years, everybody could be using devices based on the technology we develop,” Young said. “If that happens, great. But even if this concept does not work out, we will learn things along the way, and those fundamental insights will help inform the community of people working on this technology.”

Right now, the best way to remove ions from seawater is reverse osmosis, a process that has been used and developed for decades. Reverse osmosis is at best about 70% efficient, and experts agree that the technology is nearing its maximum potential for energy efficiency,

However, another desalination process known as capacitive deionization, or CDI is much earlier in development and has room to improve. In theory — based on chemical and thermodynamic principles around this method — CDI could be more energy efficient than reverse osmosis. But it’s not, and researchers are not sure why.

That’s where Young comes in. He’s taking a deeper look at what’s happening within CDI cells to see why energy is being lost along the way.

A new innovation in CDI

To understand CDI, Young says to think of it like a battery that charges and discharges. In CDI, water flows through the internals of the “battery” and the process of charging the battery removes salt from the water. Carbon electrodes are stacked or coiled within CDI cells, and ions from saltwater bind to these electrodes. While the CDI cell is charged, salt is being extracted, and fresh water flows out. Then, when the system releases the captured ions, the input energy is recovered.

Young will see if adding reduction/oxidation, or redox-active, coating within a compressible electrode will help. Like squeezing dirty water out of a kitchen sponge, the compression step would force ions out of the cell rather than waiting for the ions to make their way through small liquid channels in the electrodes.In current CDI systems, though, something is preventing that process from working as efficiently as it should. CDI devices can purify water with low levels of salt, such as groundwater, but current CDI processes use too much energy to extract ions from ocean water. Adding more carbon to the inside of a cell doesn’t help because the ions move slowly through small liquid channels in the carbon, making it energy inefficient.

“We’re using a compressible sponge electrode coated with conductive and redox-active polymers to rapidly extract ions,” he said. “That’s a new innovation; people have not made CDI electrodes quite like this before.”

If the process is successful, it could be translated to a marketable technology someday. While that could take years, Young is optimistic that whatever researchers find will be valuable knowledge.

“We are striving to develop a more energy efficient desalination process to replace reverse osmosis for seawater desalination across the world,” he said. “But as you do research you advance your understanding, and there are a lot of possibilities for how that understanding could transfer into a technology. With this project we are focused on improving fundamental understanding first, and once we have that, we’ll think about all the different ways we can use it.”