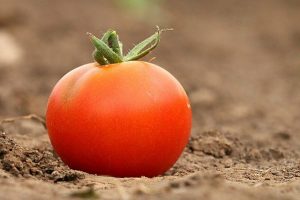 Farmers in the future could have an easier way to test produce for pesticide residue thanks to the work of Mizzou Engineers.

Maria Fidalgo, an associate professor in civil and environmental engineering, and a team of students and international collaborators have come up with a way to use sensors and films to detect microscopic levels of pesticide residue. Specifically, the team tested their system on tomatoes, looking for traces of the insecticide chlorantraniliprole (CHL). Theoretically, the same model could be used to test for other pesticides on any fruit or vegetable.

“We chose the tomato because it was a good challenge,” Fidalgo said. “It has a lot of color and is complicated but at the same time is easy to convert into a liquid. One of the things we learned is that because each vegetable has different nutritional values and chemical components, it can be quite tricky to understand how they interact with the sensor.”

Federal regulations already require producers to ensure pesticide residue stay below certain levels before fruits and vegetables hit the produce aisle. That produce is tested in chemical labs. While the sensor might not be as accurate as using expensive lab equipment, Fidalgo’s team was able to detect residue on the tomatoes at far lower levels than the tolerance level established by the U.S. Environmental Protection Agency.

To test their method, researchers blended whole tomatoes into a liquid spiked with CHL. They then soaked porous polymer films into the liquid to absorb the mixture. The sensors reflected light at different wavelengths when CHL was detected compared to the same films soaked in clean water. In other words, the sensor slightly changed colors when residues were detected. Because the color change is slight, a spectrometer was used to measure the change.

Although still in early stages, Fidalgo said the method could someday be commercialized to give farmers an inexpensive testing option.

“It could be a good tool for producers to check quality before selling their crops,” she said. “They wouldn’t need to have a fully functional chemical lab, but rather a sensor and a very simple reading unit. It could be done in the field or by consumers concerned about residues.”

Fidalgo worked with lead author Ezequiel Rossi, a visiting scholar from Argentina, as well as other collaborators from Argentina. The team outlined their findings in the journal Microchimica Acta, Analytical Sciences Based on Micro- and Nanomaterials, earlier this year.

Fidalgo’s team is also determining whether similar methodologies could apply to other settings. In addition to testing vegetables, they are using the sensors to detect atrazine, an agricultural herbicide, in wetlands, and to detect pregnancy in cattle.

“It’s a good example of how we work with other people to expand our research and find new challenges,” she said. “Something you develop in your field could help someone in another field, and that benefits everybody.”

Conduct research in a college that encourages innovation and supports collaboration. Learn more about the Civil and Environmental Engineering Department at Mizzou Engineering!