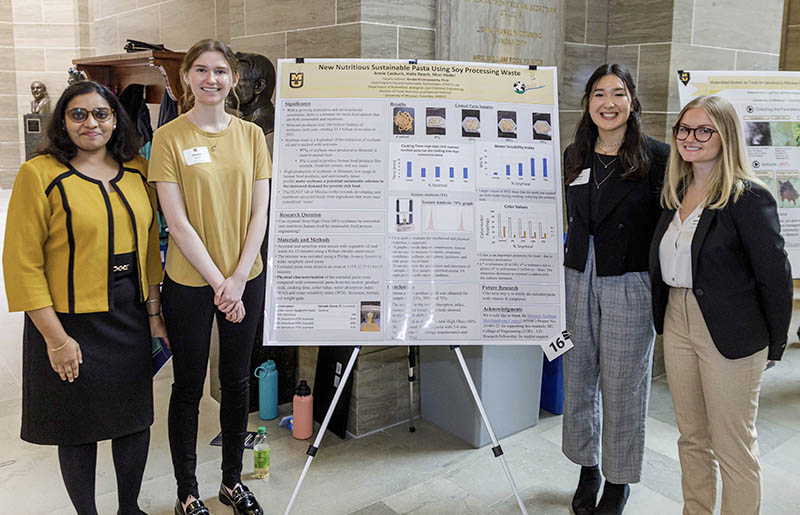 Missouri lawmakers this week heard about how Mizzou Engineering researchers are turning byproducts into nutritious foods, assessing water quality in the state and improving the accuracy of large-scale smart city synthetic environments. The presentations were part of the University of Missouri System’s Undergraduate Research Day at the Capitol, an annual event that illustrates student accomplishments and allows elected officials to hear more about exciting innovations happening on campus.

Biological engineering students Annie Casburn, Mori Hodel and Halle Reach presented their work using soymeal to make a new type of fortified pasta with high Oleic content. Soymeal is a byproduct of the manufacturing of soybean oil, making it a promising zero-waste food additive. The team tested various combinations of ingredients to adjust color value, moisture content, thickness, cooking time and other physical characteristics. Upon completion of their experiments, they will compare their samples against commercial pasta to determine the best formulation. Then, they plan to fortify the new pasta product with Vitamin B to enhance nutrition.

The students are working in the Food Engineering and Sustainable Technologies Lab under the guidance of  Kiruba Krishnaswamy, assistant professor of biomedical, biological and chemical engineering with a joint appointment in the Division of Food, Nutrition and Exercise Sciences. 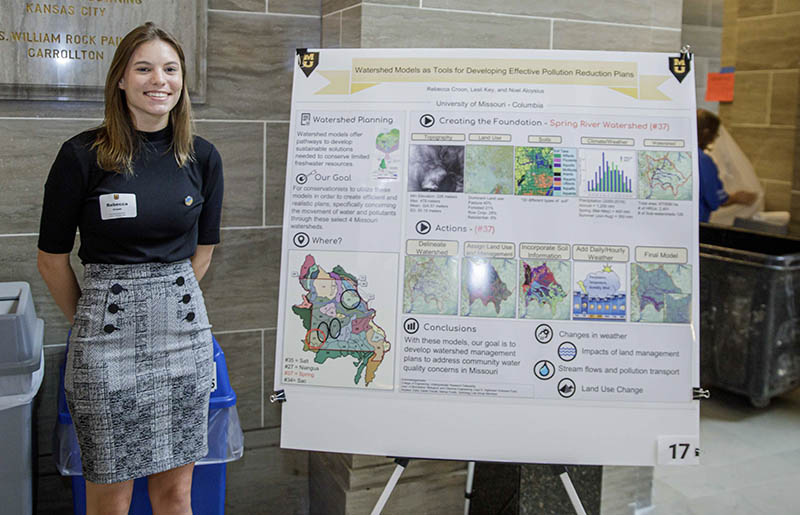 She and collaborators are designing watershed simulation models — combining mathematical models with publicly available data — to evaluate and compare water and chemical transport in several watersheds in Missouri. Once developed, the group will compare the simulated water and pollution loads predicted by the model with actual observations. Ultimately, the team wants to use these models to develop conservation plans for priority watersheds in the state. The models could inform watershed management plans and provide ways to assess and address community water quality concerns.

Croon’s faculty mentor is Noel Aloysius, assistant professor of biomedical, biological and chemical engineering with a joint appointment in the School of Natural Resources. 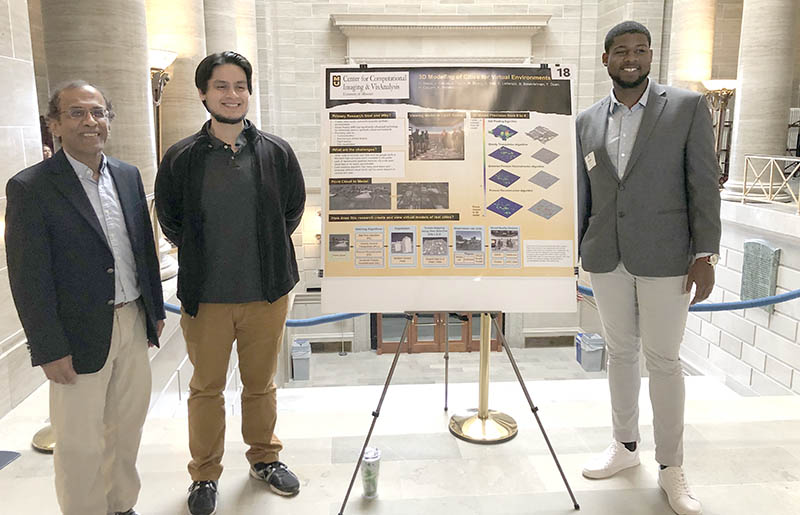 Conduct and present research as early as your freshman year. Become a Mizzou Engineer!